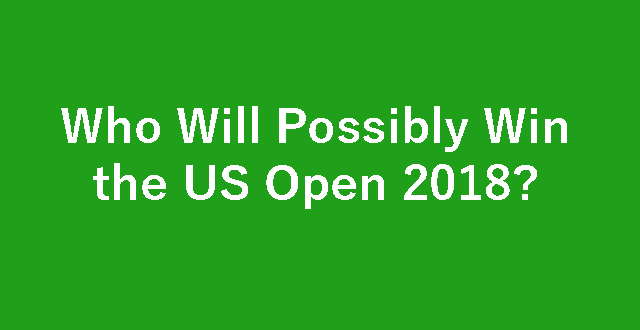 And, it is happening again. The best players around the US and other places come to the most prestigious competitive golf championship, the US Open 2018. The previous US Open in 2004, some folks probably remember about the things that got out of hand.

Those who followed what happened back then should remember that the seventh green became nearly unplayable. At that time, USGA was responsible for that situation. Of course, this makes the folks involved in the Shinnecock and the USGA itself want to redeem themselves. Many fans are also feeling consolidated because this year’s US Open will happen at the Shinnecock Hills. Besides, the players come to the hills to search for a major. They want to attain the crown. They want to impress everyone involved with the trophy.

When it comes to the prediction, you will hear about several names that must be familiar for you. You will recognize some of the names.

The first name to be mentioned is Dustin Johnson. Why will he win? The reason is obvious. He managed to position himself in the no.1 ranking after winning at FedEx St. Jude Classic. The US Open will be a prevalent championship for his skill set. He will not miss here.

The next name to mention is Dustin Johnson. He has the winning score of 4 under. You may be familiar with Rory Mcilroy, Adam Scott, Jordan Spieth, and Jason Day failed to accomplish the no.1 ranking back. There’s a sensible reason for this. They want the title so badly. Meanwhile, Dustin Johnson does not seem to care much about the no.1 world golfer title and win the tournaments. It is not like he is losing motivation, etc. But that is also the reason why he does win so much.

DJ seems not to care at all. He is arguably the most passionate golfer who can win the tournament easily. Probably, many golfers are burdened with what people say. Meanwhile, DJ does not seem to be bothered with those words at all.

The next one is Jason Day. His winning score is 7 under. Shinnecock will be the favorite place for the hitter. Statistics show that Jason Day is one of the longest hitters on tour.

And then, we’ll have Justin rose with the winning score of 6 under. Being ranked the third in the world, of course, it is the sign of the potent that he could be winning. Not to mention that he ever tasted the winning back in 2013 at US Open championship. He has been showing his great performance over the past six months. These numbers are not lying. He has the length and precision needed to be the winner at Shinnecock.

You can also Read: What People Say About Shinnecock’s Traffic

Rickie Fowler comes as the next potent winner. His winning score is 4 under. Fowler is ready to win a big one. Period. If we may add an x-factor, Allison Stokke, his girlfriend, is engaged with him. This should put him in such a motivated state.

Then there’s rory Mcilroy that has winning score 3 under. Why he’ll win? He has the “thing” to win the championship. As we know, Shinnecock Hills can be unforgiving. Even the slightest mistake can jeopardize the achievement. Driving the ball with length and accuracy is not something common for most golfers. Mcilroy has shown the strengths for it. He has what he need to win. Many experts agree that the maximum performance or A-game of Mcllroy can be better than other golfers’ A-game.

Justin Thomas has the even par for the winning score. He has the skill set needed to be a winner too. His winning score is 3 under. Thomas has such potents to win for Shinnecock. His strength and accuracy are well enough to make other competitors stunned. He is accountable, maleficent, and marvelous.

With such names, you might have been predicting the best scenario. Now it is time to consider what you are going to do to wager your money. Consider these predictions to make your spectacle more interesting.